Last September I took Trey to the theater to see the great movie Wall-E. He loved it and received the film on DVD at Christmas from his uncle David. That film has had many, many screenings on our TV since then.

While in Florida this month, we took Trey to see Pixar’s latest creation UP! in 3D. While Trey didn’t love it as much as he did Wall-E, it was still a great experience. Once again, the geniuses at Pixar made a wonderful family film that speaks to kids and adults on so many different levels.

Watching the movie in 3D was a real treat too. The filmmakers didn’t go over the top with the 3D effects and instead used the effect subtly with great results. Our only complaint is that the theater didn’t have kid-sized 3D glasses and Trey spent a good portion of the film trying to adjust them and keep the on his face. 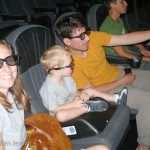 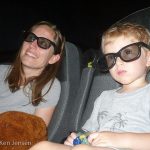 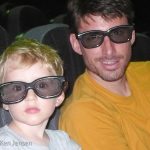 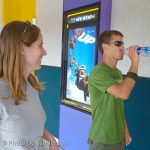