On the drive up to Sweetwater, Trey and I took a tiny detour and hopped off I-75 to visit the Etowah Indian Mounds. We had swung by there before on a Monday a couple months ago and it was closed. This visit was on a beautiful, windy day with lots of clouds in the sky (as you will see in the photos). We had a picnic lunch of PB&J sandwiches before we headed to the museum and then the mounds.

The site is the most intact Mississippian Culture site in the Southeastern United States and was inhabited some 500-1000 years ago. The two tallest mounds were probably used as platforms for the homes of priests and the smaller mound was a burial site for nobility.

Trey called the mounds “mountains” and really enjoyed climbing the looooooong flights of stairs to the top of them. After climbing all three mounds we headed down to the Allatoona River and followed the nature trail around the property. We wrapped the visit up by following a family of geese (“gooses” argues Trey) around. 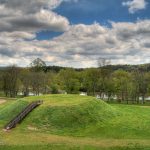 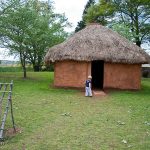 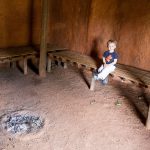 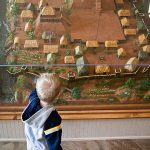 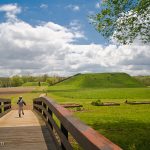 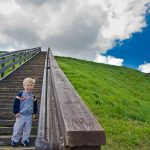 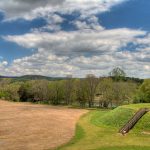 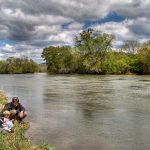 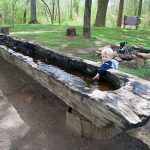 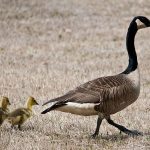 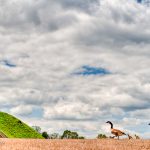 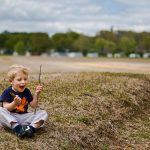