I’ll address your burning questions right now – no, little Obamas do not live in the Little White House. Little White House was Franklin Delano Roosevelt’s home away from the “big” White House. He came to Warm Springs in the 1920s looking for a cure to his crippling polio. Though the warm, buoyant waters didn’t rid him of his condition, it was great therapy and did improve his condition a good bit.

Throughout his presidency during the Great Depression and World War II, FDR visited his cottage in Warm Springs to relax and hang out with “ordinary folks”. His interactions and friendships with the poorest of rural Georgians are what inspired many of his New Deal programs. If you are planning a visit to Little White House or just interested in FDR and Warm Springs, I highly recommend the movie “Warm Springs” starring Kenneth Branagh. This historically accurate biopic was filmed on location in Warm Springs and came out in 2005.

The museum had tons of FDR memorabilia and gifts that he was given during his presidency. People handcrafted for him everything from plates, to quilts, to canes (lots of canes!) with his name and/or likeness on them. We got to see the innovative, custom-built cars that allowed the president to drive using just his hands. One item that stood out to me was a small pocket Bible issued to all soldiers in WWII that had a foreword by FDR. Here’s a quote you won’t here from any 21st century presidents:

“As Commander-in-Chief I take pleasure in commending the reading of the Bible to all who serve in the armed forces of the United States. Throughout the centuries men of many faiths and diverse origins have found in the Sacred Book words of wisdom, counsel and inspiration.”

After touring the museum and cottage, we drove over to the pool where he used to swim in the warm spring water. It is currently empty, but they do fill it once a year and open it to the public (apparently you have to make reservations due to the turnout). 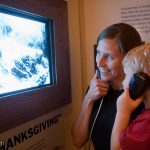 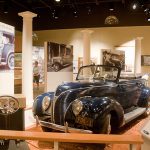 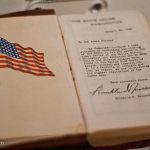 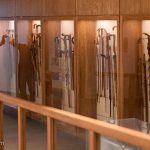 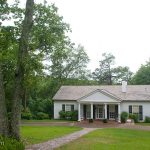 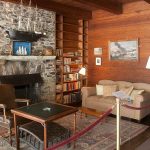 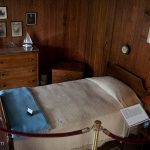 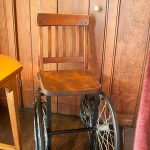 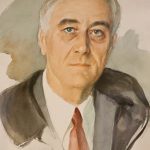 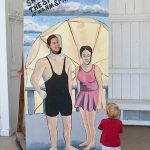 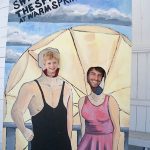 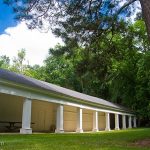 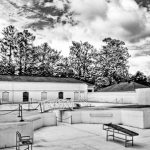