Day #5 in France was a nice, laid back day of sight-seeing for us. We took the bus and the tram from Pérols to Montpellier and walked through town to the central square downtown.

Our main purpose for going into town was so that I could exchange some money into Euros. After visiting the bank, we let Trey ride a carousel in the square. It was extremely over-priced, but he really wanted to ride so we gave in.

The vendor gave him a little ticket with a picture of the carousel on it and he was THRILLED. We put him on the horse and as it started the vendor came by and collected the ticket. Trey’s face dropped and he was upset and on the verge of tears for the entire ride.

In the afternoon, we headed over Palavas-les-Flots a town on the ocean with some famous canals and a marina. We had some beach fun then ate at a great restaurant that specializes in mussels. For 9 Euros you get a big bowl of fresh mussels covered in buttery garlic sauce, bread, and a glass of wine. Delicious.

After Trey went to bed, Heidi and I went on a late night walk through Pérols with William Darriet and his girlfriend Sophy. I was trying to get some night shots of the village. Since it was festival week, there was a band playing “retro” music in the town square and all the old folks were out dancing. We couldn’t convince William & Sophy to dance. 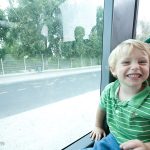 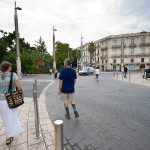 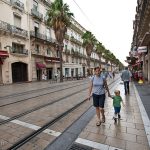 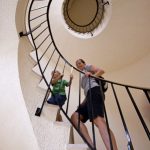 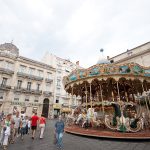 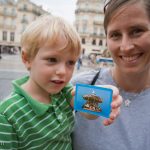 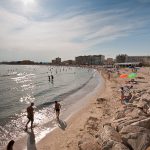 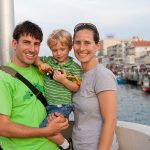 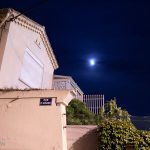 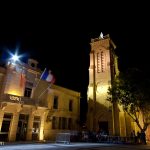 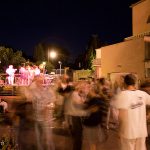 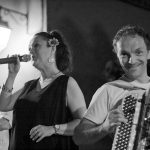