I’m assuming that most folks, like me, have never heard of Elijah Clark. He was a Georgian war hero in our nation’s Revolutionary War for independence. In fact, the character played by Mel Gibson in the film The Patriot, was loosely based on Elijah Clark (so, so sorry Elijah).

The Georgia State Park named after him sits on the 2nd largest man-made lake east of the Mississippi – Lake Clarks Hill, which is known as Lake Strom Thurmond every where but Georgia. Apparently in 1987, a South Carolina representative had a bill passed in Congress to rename Lake Clarks Hill after their long-serving Senator Thurmond. Georgians were quite upset (and rightfully so) but failed to pass a bill renaming back to Clarks Hill at the federal level. Instead, in 1989, the State of Georgia legislature named the dam and reservoir Clarks Hill again but their authority only extends to all Georgia state maps.

At the park, they have a great recreated log cabin museum of his frontier home from the 1780s. We visited on the 4th of July and there was a volunteer re-enactor present. She gave us a tour of the cabin and gave Trey a little wooden gun to play with. I must say, that thanks to Georgia’s State Parks my son now has gun fever. “Kaboom! Kaboom!” was all we heard for the rest of the trip.

After touring the cabins, we hiked a 3/4 mile nature trail through the woods and saw some incredible spider webs (of course Trey “kaboomed” them all). At the end of the hike, just before getting back in the car I found a very impressive rhino beetle. Normally, Trey loves holding bugs but this critter’s horns and size were a bit too much and he opted to let Daddy do all the bug handling. 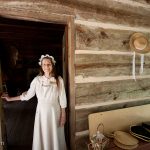 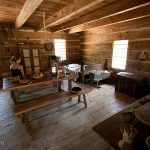 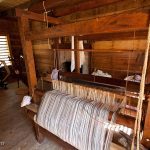 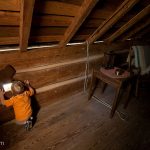 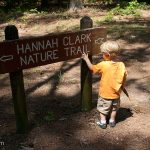 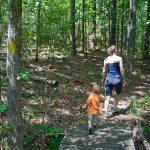 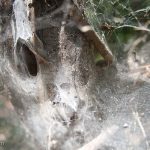 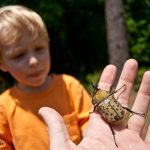