Most of the last stretch of state parks we had to visit were all along the Georgia-South Carolina state line. Tugaloo is a park on a peninsula that stretches out into Hartwell Lake. Before Hartwell Dam was built, the river that flowed through that area was called by its Indian name “Tugaloo”.

Trey and I camped at Tugaloo in one of the “primitive” campsites. I still don’t understand why our secluded campsite right on the lake had running water, an outhouse, and only cost $12.

Trey really enjoyed roasting marshmallows before going to bed and in the morning we got up and headed down to the lake. We walked a short nature trails before hopping in the car and headed south to Hart State Park. 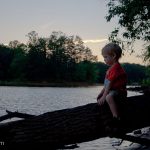 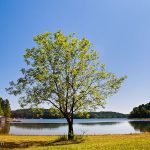 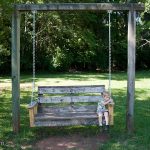 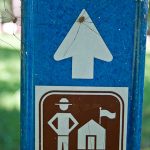