It seems each of the last few forts we’ve visited has been my new favorite. Fort King George is the last of state historic sites that Trey and I needed to visit (yeah!) and it gets the prize of being the coolest fort in Georgia. They started off on the right foot by giving Trey a toy rifle to tour the grounds with (“kaboom! kaboom!”). Their reconstructed fort is in pristine condition and quite an interesting work of architecture (they re-built it based on drawings and writings from the time).

The fort was built way back in the early 1700s at the southern most point of the British Empire. The soldiers were defending the Altamaha River from the Spanish and their Indian allies. After the Revolutionary war, the fort was dismantled and replaced by saw mills as the nearby town of Darien became an important exporter of lumber.

While we were there the park ranger spotted two manatees in the river by the fort but we were too late and missed them. I tried explaining to Trey what a manatee was without having any visual references and it didn’t go to well. Referring to them as “Sea cows” only confused him more as he kept looking around and saying “Daddy, I don’t see any cows.” 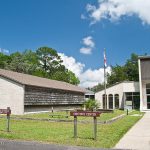 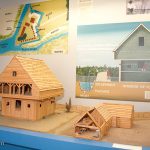 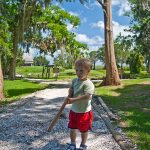 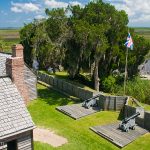 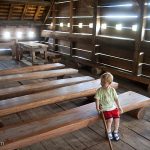 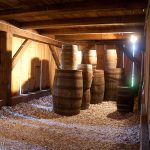 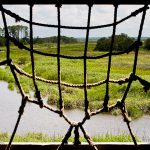 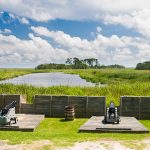 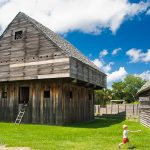 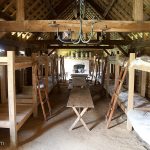 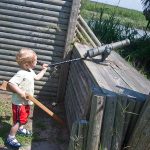 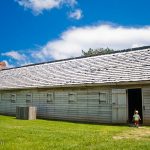