When you visit Wormsloe Historic Site you enter and drive over a mile down a straight road covered by ancient live oaks covered in Spanish moss. It is a pretty incredible sight! At the end of the road is a museum and nature trails that lead to the tabby ruins of Noble Jones’ colonial estate. Jones was a carpenter who was part of the first group of settlers to arrive in Georgia from England in the early 1700s. The museum had a great little documentary about the history of those first settlers and the role Jones and his family played.

We didn’t spend too much time at this site as we had to drive to Fort King George and then on to Tampa. The nature trails led us from the tabby ruins to other restored structures that showed what colonial life was like in the early 1700s (hint, not good). Given the heat, humidity, and bugs we experienced in the two hours we were there, I don’t think it would have been that pleasant to live there. 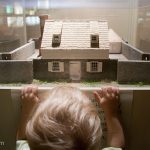 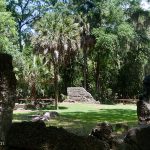 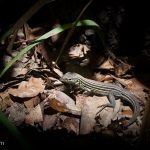 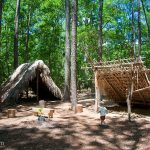