The weekend before Trey and I headed down to Florida we hit Cloudland Canyon State Park in the opposite direction. Only about 20 miles south of Chattanooga, it is Georgia’s most northwest state park. Like the Grand Canyon, there are trails that follow the rim of the canyon and then some that go down into the gorge.

One of my few complaints about Georgia’s park system is its camping reservation system. Camping in a tent costs $22 – about the same as in an RV (a few parks do offer a couple walk-in sites at $16 with no reservations available). To reserve a camping site you have to use their online system and it charges a “convenience” fee and requires a minimum 2 night stay. So for me to reserve a spot for us to camp for one night it would cost over $45 (and be for 2 nights). We had originally planned to camp at the park but Friday nights fill up quick and our lack of reservations forced us to camp in a nearby Days Inn.

I suppose it was worth it because in the end, the motel cost us less than the tent reservation would have.

Trey and I enjoyed the amazing vistas on the eastern rim and then hiked down to the first waterfall that cuts through the mountain. It was a very strenuous hike and I was impressed with Trey who made the whole hike on his own. 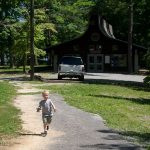 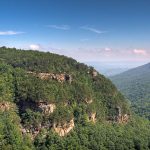 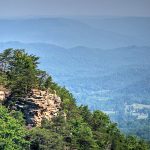 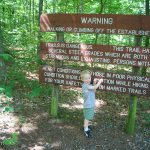 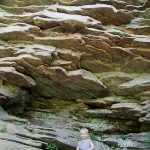 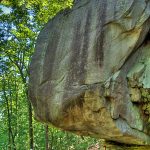 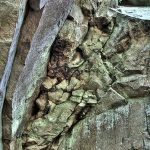 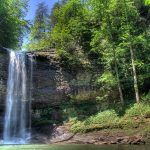 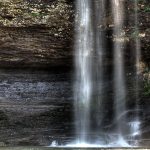