Georgia’s second most visited historic site is the Gold Museum in Dahlonega. We’ve all heard of the California Gold Rush of 1849 – but did you know the first major US Gold Rush was in North Georgia in 1829? The gold was so abundant that most miners simply used a pail and pan to find their fortunes. However, by the early 1840s all the “easy” gold had been found and larger operations starting digging and washing out the mountains in search for more. Eventually, most of the miners packed up and headed West when gold was found in California in 1848.

The museum is located in the center of Dahlonega in the oldest courthouse in the US. In fact, the courthouse’s brick walls were made from mud in nearby creeks and you can still see specks of gold in the brick. We arrived in town and found out it was the annual Fine Art’s Festival so we also got to see lots of artists’ work on display.

After watching the best mini-documentary I’ve seen at a state historic site (projected on big theater screen as well!) we toured the displays of old mining tools and photographs from the the mid 1800s. Trey was most interested in the water canon which was used to wash away tons of dirt to expose veins of gold in the mountain sides (apparently this was one of the worst ways of mining for the environment). He is into fire trucks and things that shoot right now so that was a perfect blend of the two for him. 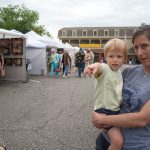 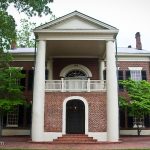 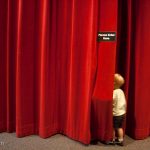 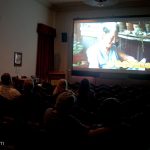 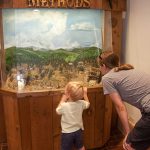 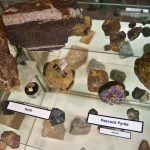 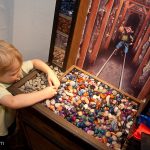 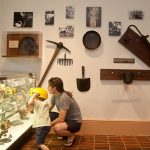