I’ll admit it. I had never heard of a radiosonde. In fact, I don’t think any of us had. So a radiosonde was the last thing we thought we’d find when Trey, Heidi, Kenny, and I were exploring the woods in my neighborhood.

It all started when Trey noticed an orange parachute way up in a pine tree. There was a long string running from the parachute, across the tops of several trees, and to a white box dangling up in another tree.

I was expecting a “message in a bottle” of sorts so Kenny and I tried to knock the box down. After many failed attempts, Kenny finally climbed the tree and pulled the box down.

It was labeled “HARMLESS WEATHER INSTRUMENT” and had apparently been launched from the National Weather Service (NWS) in Birmingham, AL almost a month prior. The box came with instructions to mail it back in an enclosed bag.

I looked it up online and found out that around 75,000 radiosondes are launched into the upper atmosphere each year on weather balloons. The devices send data back to stations that use it to create weather prediction models, track severe storms, and monitor air pollution. Only about 15,000 of them (20%) are recovered and returned to the NWS. Those returned are re-packaged and re-used, saving the tax payers some $$$. 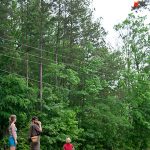 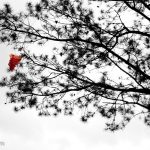 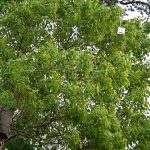 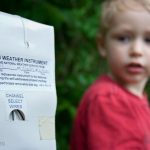 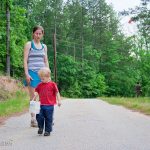 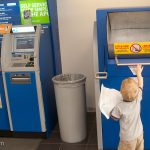 2 thoughts on “Trey and the Radiosonde”