On Heidi’s last day in France, we all went to Uzès to the Haribo Museum. We thought about taking the interstate, but all interstates in France are toll roads.  It would have been 12 Euro (for each of our 2 cars) each way. Instead, we took our time (2 hours) driving through the French countryside.

The museum is attached to the Haribo factory, but since we went on a Saturday, we were not able to tour the factory in motion. The museum was a great destination nonetheless. You can’t beat a museum that gives you samples of their goods as soon as you walk in the door. I know, I know, the entire museum is just one huge advertisement culminating with a giant candy store, so we bought into the corporate ploy for the day.

The founder of Haribo invented the gummy bear, the “golden bear.” Trey was fascinated by the giant statue of the “yellow bear” that stands outside the museum.

After we finished the museum and bought our fill of yummy (not available in the US) candy, we walked over to a small amusement area with trampolines, inflatable moon walks, and ropes courses. Admission to the museum gave us two free tickets. Nicholas chose the trampoline and Trey chose the moon walk. Thankfully the worker allowed Heidi to join him. He didn’t have much fun jumping by himself. 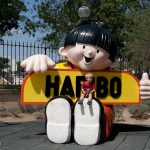 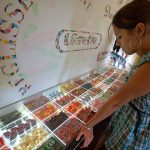 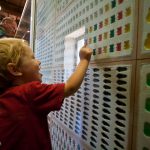 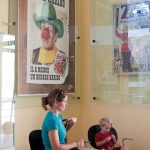 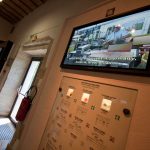 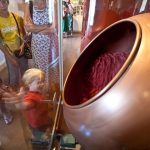 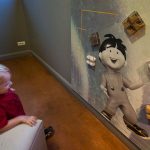 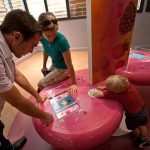 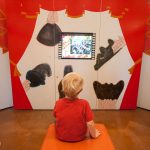 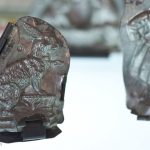 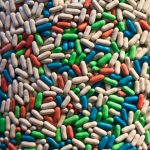 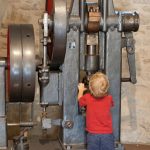