A couple nights ago, Trish Erwin baked a cake for Trey and Stryker-Ann’s birthdays. Stryker-Ann is the daughter of Paul Vosteen, the media dude I’m working with here in Corsica and she is turning 13 next week. We let her blow the candles out and Trey watched because lately his blowing consists of spewing quite a bit of saliva into the air.

After the cake & ice cream, Trey and Styker-Ann each opened their birthday present. I had bought Trey a Lego Bulldozer/Motorcycle kit – unfortunately I didn’t realize it was from the Technics series which is more complicated than regular Legos. After almost an hour of working on it, I got the bulldozer finished and he instantly said “Now make a motorcycle!” 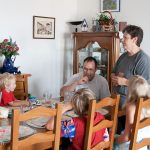 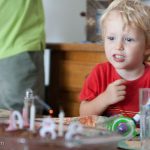 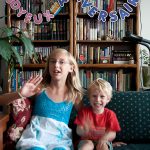 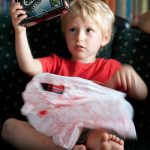