On our way down to Florida we went a bit out of our way in order to swing through Savannah and visit 3 more state parks and historic sites. We went straight to Fort McAllister and setup our brand new tent that I got for my birthday. The tent is much bigger than our old tent and you can take off the rain cover and it is mostly screen – much better for camping in the Savannah marshes in the humid summer heat.

After the tent was up we walked a nature trail that went through some woods to the banks of the Ogeechee River and its marshes. I neglected to put on our 100% deet bug spray and we were slaughtered by biting flies and mosquitoes.

In the morning, before heading out we swung by the fort and where they let Trey borrow a wooden rifle to patrol the grounds with. What a brilliant idea! He had a blast pointing it and shouting “Kaboom!” – it kept him so preoccupied that I didn’t have to worry about him messing with the historical ruins and artifacts.

This historic site is an earthwork fortification, meaning that there weren’t above ground buildings but instead mounds and trenches. It is one of the best preserved forts we’ve visited in Georgia. Several of the underground barracks and storerooms are restored and you can go inside of them to see exactly how the Confederate soldiers lived while defending it during the Civil War.

Once again – kudos to the staff at Fort McAllister for coming up with the idea of giving kids the toy rifles! 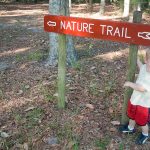 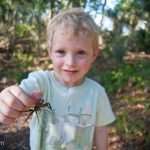 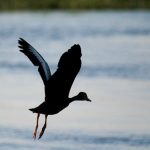 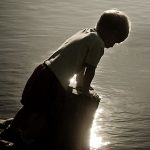 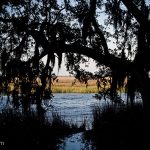 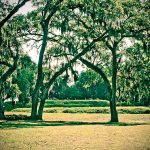 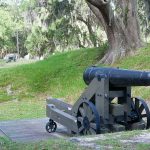 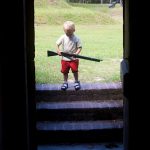 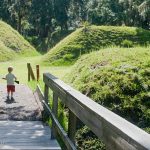 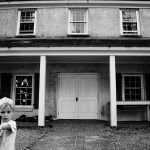 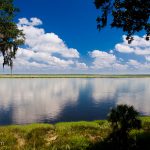