This park is so fancy that it dubs itself a “resort park” on the state park website. Golf course, marina, lodge, restaurant, cottages, and a 48K acre lake! I did a bit of research to figure out why the park on Lake Walter F. George is called George T. Bagby but all I came up with was that they were both Senators from Georgia. Apparently prior to the lake assuming W.F.George’s name it was called Lake Eufaula after the nearby town.

It was a nice hot day when we visited it last weekend and we had fun cooling off in one of the beach areas on the lake. Trey and Heidi played in the water with some of the other kids and I went off in search of some photo ops. We spent so much time in the water that we didn’t even bother to hike the nature trail in the nearby woods. 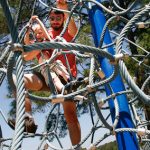 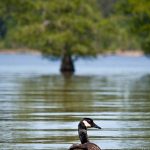 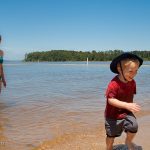 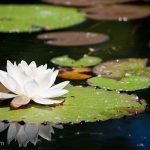 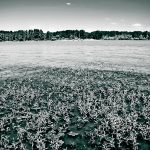